The Hadleigh & Thundersley Community Archive was formed in 2010 in partnership with Essex County Council Libraries and The Essex Record Office. A community archive was already in existence for Canvey Island and Heritage Lottery funding was obtained for a further six archives in South East Essex. Together, these archives are known as the South East Essex Community Archive Network (SEECA).

The archives are run by local people with an interest in their town. From late 2010 through to early 2011, regular meetings were held in Hadleigh Library to generate interest in the community archive. Having run successfully since then, the site was re-launched in 2018 with a responsive web design suitable for mobile phones and tablets. 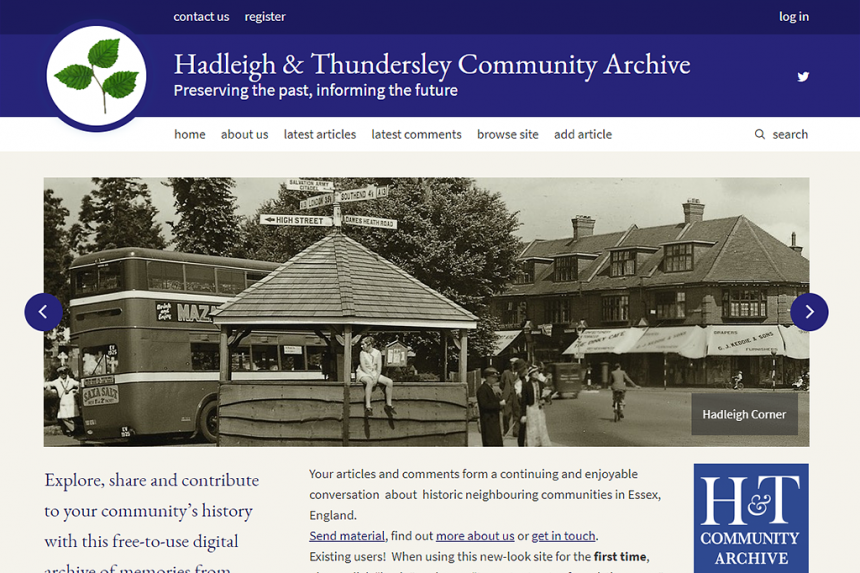