The Cambridgeshire Community Archive Network (CCAN) consists of 32 groups representing towns and villages all around the county. The network was launched in April 2006 and the groups began uploading photos and memories to an online website.  When the original software provider (Commanet) went out of business, CommunitySites offered to set up a new site for the groups and in 2013 migrated their data across to a new multi-site catalogue.  Cambridgeshire Council, which set up the original network, helped with covering the cost of training and now administers the collection of annual subscription fees from the groups. 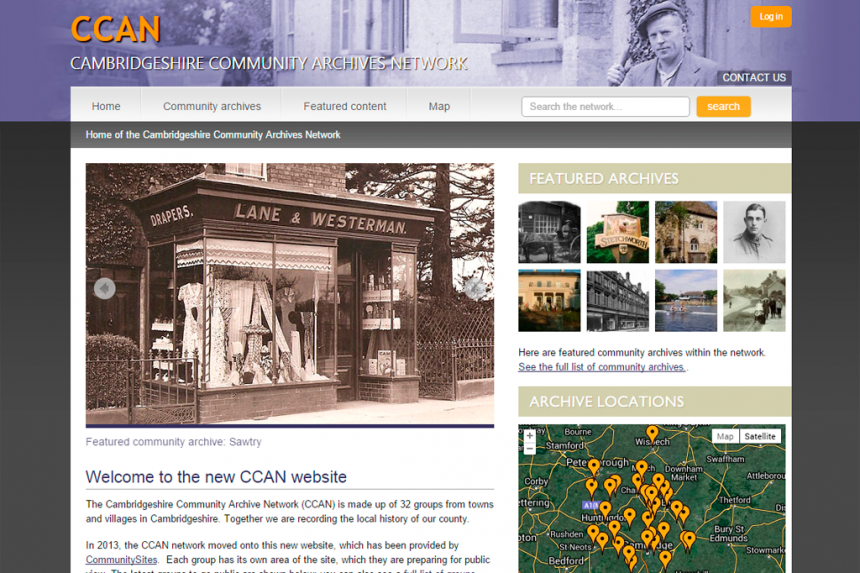 Featured projects
Search by location
Discover websites and catalogues near you.