England Netball will be 90 years old in 2016. The Our Netball History website celebrates the history of netball at all levels from its early beginnings to the present day. Here you can browse photographs, stories and memories about netball.

This is part of a project funded by the Heritage Lottery Fund to preserve and record the history of netball and bring it alive for everybody with an interest in the game. 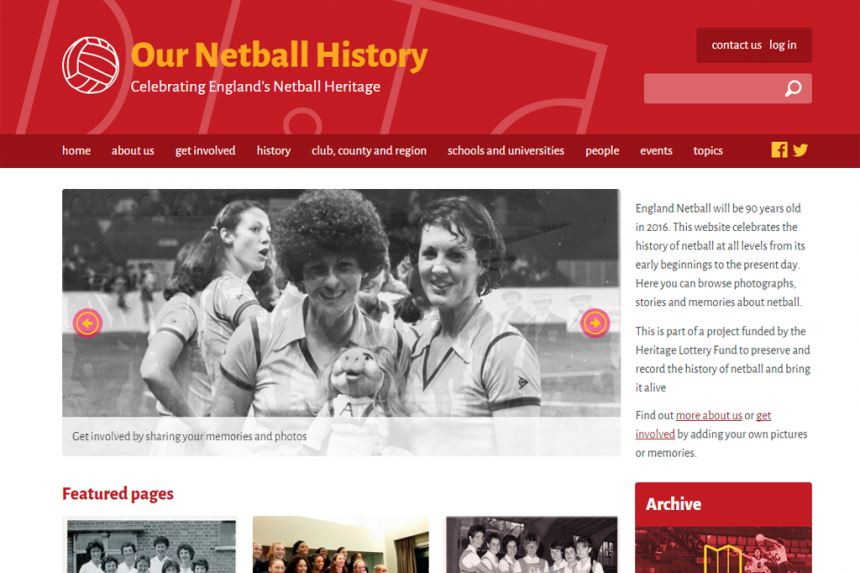 National (All England headquarters and archive are in Hitchin, Hertfordshire)