You are here: Home>Services>Data import

Do you already have a catalogue or a website? We can import any content that’s in a suitable format – a spreadsheet would do. 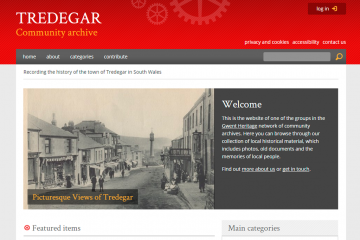 Many community groups in the early years of this century used a system called Commanet to scan and store their local history material.  Commanet ceased to trade several years ago, with the result that the groups were using software which was no longer supported. CommunitySites were approached by several groups and developed an import routine from the Commanet database to retrieve the material and put it online using open-source software. 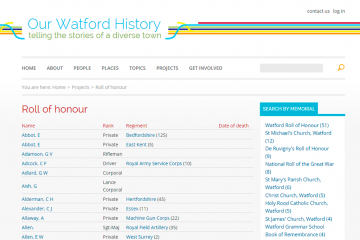 To commemorate the 1914-1918 Great War, many history projects around the UK are researching and publishing information about the First World War soldiers on local war memorials. CommunitySites have been importing the information that volunteers have recorded on spreadsheets and presenting it interactively online. There are examples at Our Watford History and on the Bottesford History website.

Similarly, for the Oughterard Heritage group in Ireland, we have uploaded a passenger list of the local emigrants who sailed from Ireland to Canada under the assisted emigration schemes initiated by the philanthropist, James Hack Tuke, between 1882 and 1884.